Malignant neoplasm popularly known as CANCER (Lat. cancer, Gr. καρκινος – "crab”) is a serious health issue in most regions of the world. Back in 1965, when the International Agency for Research on Cancer (IARC) was founded, cancer was considered to be a disease of the modern times, typical for highly developed countries of the Western Europe. Today, half of cancer cases and two-thirds of all registered cancer-related deaths occur in developing or underdeveloped countries. Poland is specifically characterised by low efficacy of treatment due to the fact that most Polish people – as shown by studies commissioned by the Ministry of Health – do not pursue a healthy lifestyle. Above all, they show an irrational reluctance to preventive examination. In most cases, they report to an oncologist only when the disease is in an advanced stage with chances of full recovery greatly diminished. The avoidance of preventive tests can be accounted for by four types of factors: social, economical, psychological and organisational [11]. Certain conventional stereotypes are also to blame. A cancer diagnosis is still associated with a death sentence. Apart from avoiding preventive examinations, the Polish tend to have wrong eating habits, do not practice sports, smoke and drink alcohol. Also in the Greater Poland region, cancer represents a major challenge for the public health and, considering the rate of population ageing, the problem is bound to grow even worse. The process of ageing is associated with the incidence and death rate characteristic of chronic conditions, i.e. cardiovascular, respiratory and gastrointestinal diseases, cancer included. In 2014, 14,821 new cancer cases were reported (including 7,291 in men and 7,530 in women), meaning a 44% growth (4,510 cases) as compared to 1999. In comparison to 2013, the number of newly registered cases fell by 243 (3.2%) in men and rose by 15 in women (0.2% – see Table 1 and 2). 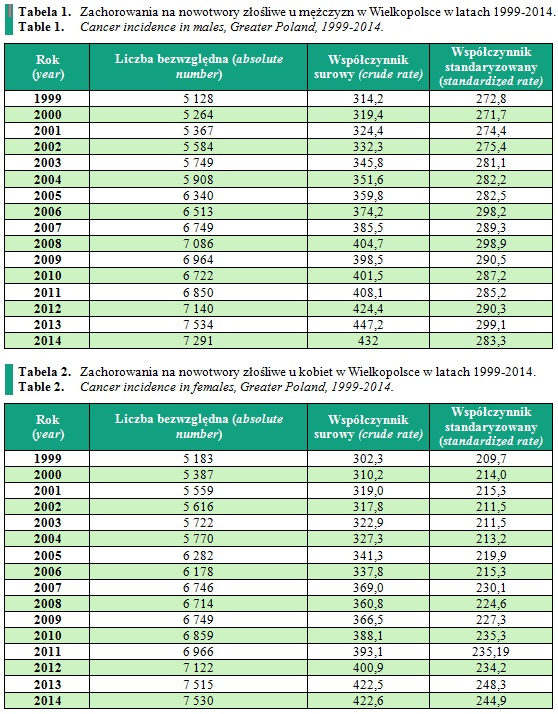 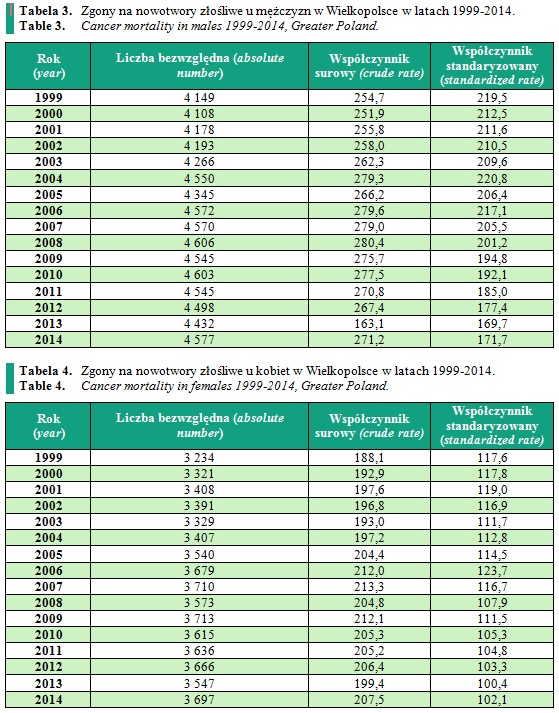 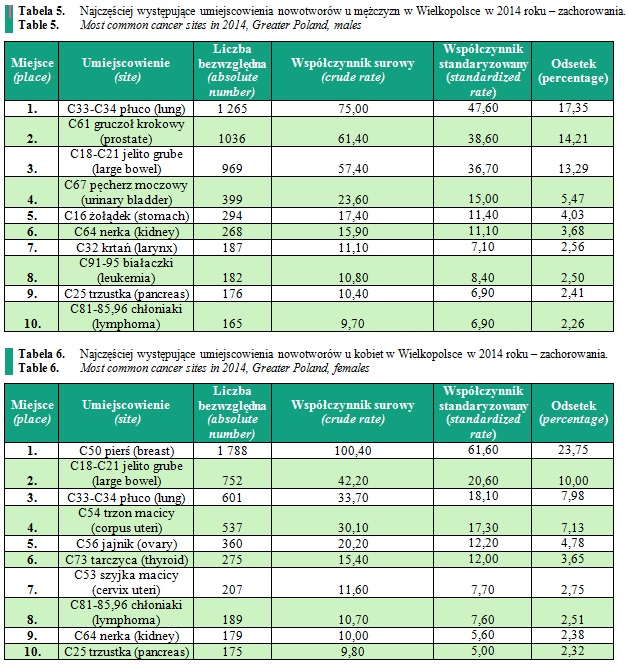 We use technologies such as cookies and similar on our websites in order to provide proper functioning of the portals and for statistical purposes. You may set cookies storage conditions on your browser. More information is available in Privacy Policy.